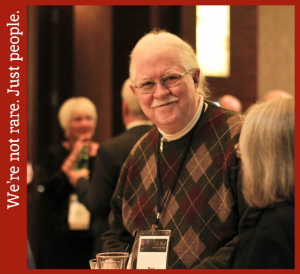 What is your name?

How long have you been living with GIST?
My GIST symptoms became noticeable and debilitating by blood loss w/o the usual indicators in December of 2004.

What was your first thought when you were diagnosed with GIST?

In March of ’05, the endoscopy jerk couldn’t find it on first try.  On repeat, he turned the ‘scope’ around and BINGO….there’s ‘something’ at the 2 o’clock position in my stomach.  He took samples and said it was nothing serious.
A few days later, I was called-in for a consultation with the surgeon, who told me that I had CANCER and that I was about to lose half my stomach, my spleen, possibly some other stuff and a sizeable section of my diaphragm.
YUP, that’ll git yer attention, and cause you to sit down and ‘contemplate your mortality’. (He was SO wrong.)

What do you do?
Right now, I’m retired and spend a lot of my time teaching Freemasonry.

How are you doing, now?
I’ve lived through 4 major surgeries and am currently on the 3rd ‘level’ of
oral chemotherapy.  Keeping up with the ‘side-effects’ and trying to avoid

GIST is called a “rare” cancer; how do you feel about that term being applied to you?
GIST has given me a whole new perspective on my life.  It’s kinda like a guy with an exotic car……you can’t tolerate any ‘shade-tree mechanics’,  regardless of what they have to say.  Thus you need to find out who is competent to work on you, where they are, and keep up with the very latest developments, and TOLERATE NO FOOLISHNESS.  (And always remember to ENJOY YER RIDE!)

GIST doesn’t make you rare….but what makes you unique?
Hopefully, I understand the question.  First, check answer #1, above.  Now, in addition to that I have a ‘colorful’ sense of ‘down-home’ humor.  Literally, I’m ‘living on borrowed time’, with folks like LRG and the researchers and doctors prolonging my life.  SOMETHING is a-gonna get me…..but not GIST, today. So, we’ve got a group with a lot in common, let’s make the best of the situation, and have a little fun on the trip.  “Hooters” has a real good Spinach salad with blackened shrimp and nice waitresses…….so why not? 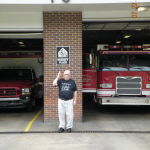 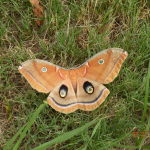 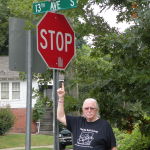 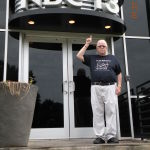